MiniRoos is designed for kids of all abilities, aged 4 – 11 years, the nation-wide initiative uses short, game-based sessions to introduce the sport of football to newcomers in an inclusive way. It focuses on learning new skills, being active, making life-long friends and, potentially, unearthing the next generation of Socceroos or Matildas.

The launch comes as record numbers of Australians are taking up football, with an estimated 1.97 million participants. 193,000 boys and girls took part in grassroots football in 2014, an increase of five per cent from 2013. An estimated 220,000 children are expected to take part in MiniRoos this year, which will be delivered by over 1,600 local football clubs. 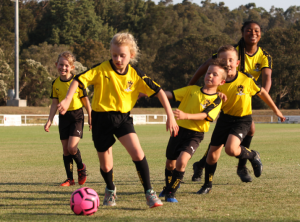